2. At first they worried about the situation but things ___C____ quite satisfactory.

A. went on B. carried on

C. turned out D. tried out

A. harms B. wounds

A. accounting B. responsible

8. To ___A___ the child’s quick recovery, five doctors took turns looking after him day and night.

A. ensure B. undertake

10. They couldn’t get along well with each other because they have nothing ___B____.

C. in store D. in trouble

11. The purpose of storage hardware is to provide a means of storing computer __C___ and data in a form that is relatively permanent, or nonvolatile.

A. description B. introduction

12. In November, shipments of the popular toy Aqua Dots were found to have been polluted with a poisonous chemical, causing some children who ate the craft toys vomit and lose __D__.

13. The destructive earthquake in Sichuan Province on May 12 rocked and ___A____ the whole world.

A. shocked B. moved

14. Little children are always __B___ about things around them and often ask why.

A. cautious B. curious

15. The traditional Eastern education system emphasizes building a solid foundation, and then ___D__ the basic knowledge step by step.

C. brings up D. builds up

16. Currently, Yueyang Hospital is not the only organization __C___ promoting Yi jingjing.

C. devoted to D. turned to

17. It doesn’t pay well so she hasn’t taken the job abroad. Meanwhile it’s _A___ because her mother is sick.

A. partly B. absolutely

18. Back in the 17th century, intellectual property rights were primarily __B__ to protect newly-developed manufacturing processes against stealing.

A. brought out B. carried out

C. turned out D. set out

19. Books are a __D____ provider of knowledge and pleasure and some types of books should be in every home, such as a good dictionary, a good encyclopedia and so on.

A. meaningful B. perfect

20. “I once again solemnly emphasize that it is absolutely unacceptable to sacrifice people’s lives and health ___B___ temporary economic development,” Wen said.

A. in the hope of B. in exchange for

D. in place of D. in search of

Besides this story, many other stories also moved us deeply.(10) __A____ these stories we know more about love.

You’re lucky if you’re loved by others You’re great if you love others when you’re in danger.

American customs about who pays for dates are much the same as in the other parts of the world.In the old days, American women wanted men to pay for all the meals.But，today，a university girl or a woman in (8) __D____ will usually pay her way during the day.If a man asks her for a dance outside the working hours，it(9) ___C___“come as my guest”.So as you can see，it is a polite thing to make the question(10) __D____at the very beginning.

A. both day and night B. day

2. A place is moved from day into night and from night into day over and over by__C____ of the earth.

A. the pushing B. the pulling C. the spinning D. the passing

4. When the North Pole is tilted toward the sun, the Northern Hemisphere gets __B____ sunlight.

A. the USA is tilted toward the sun

B. the South Pole is tilted away from the sun

C. the North Pole is tilted toward the sun

D. the North Pole is tilted away from the sun

Once there was a baby eagle living in a nest on a cliff. The baby eagle loved his nest. It was warm, soft and comfortable. And even better, he had all the food and love that his mother could give. Whenever the baby eagle was hungry, his mother would always come just in time with the delicious food he liked.

He was growing happily day after day. But suddenly his world changed. His mother stopped coming to the nest. He was full of sadness and fear. He thought he would die soon. He cried, but nobody heard him.

Two days later his mother appeared with some nice food. The baby eagle was wild with joy. But his mother put the food at the top of the mountain and then looked down at her baby. The baby eagle cried out.“Mum, why did you do this to me? I'm hungry. Don't you know I will die if I have nothing to eat?"

“Here is the last meal I give you. Come and get it by yourself. " his mother said. Then she flew down and pushed the baby eagle out of the nest.

The baby eagle fell down, faster and faster. He looked up at his mum, "Why do you abandon me? "He looked down at the earth. The ground was much closer. Then something strange happened. The air caught behind his arms and he began to fly ! He wasn't moving to the ground any more. Instead, his eyes were pointed up at the sun.

"You are flying! You can make it! His mother smiled.

6 :Which of the following is TRUE about the baby eagle's life before his mother stopped coming to the nest? B

A. He lived in a nest in the tree B. His mother offered him nice food

C. He was always cold and hungry D. He lived very happily with friend 277.How old the baby eagle feel as soon as he saw his mother coming again? B

7.What did the baby eagle's mother do when she came the last time? D

A. She put some food in the nest

B. She just came to see him again

C. She shouted at her baby eagle and flew away

D. She pushed her baby eagle out of the nest

A. The baby eagle lost his mother

B. The baby eagle feel down and died

C. The baby eagle could get food himself

D. The baby eagle was still angry with his mother 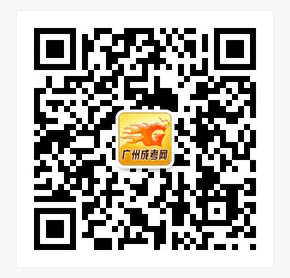 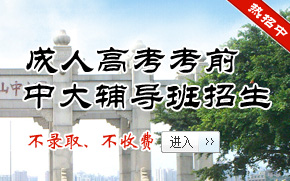